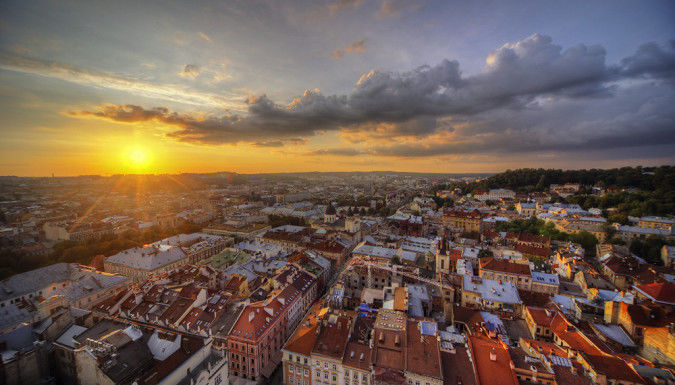 Welcome to Lviv in time of the Dark Ages! Although, in fact, the medieval lion city was far from dark, and you can see this on the route of the quest. Moving along the path that covers the central part of the city, we will look into the majestic churches, walk along narrow stone streets , which breath with antiquity, and find a haunted fresco. We will also walk through the mysterious labyrinths of the dungeon. The grid of secret passages under the city was formed in the distant 15th century. According to legend, it was a whole underground kingdom with artisans, merchants, roads and houses. Now we can only imagine the scale of the project.

The quest in medieval Lviv will suit all adventurous hearts, fans of unsolved mysteries and open questions. Explore the Lion City with WalQlike through the prism of a chivalrous era.

Free
The quest is available for Android and iOS platforms. Download the application, pick the desired route and come to the starting point. WalQlike will take you through the most interesting locations of the city and fill your walk with sense!
Google Play App Store
Other quests
Lviv
Quest for traders
Dnipro
Small stories of the big city
Kyiv
How Cossacks defended Ukraine
Lviv
Jewish quest
Kyiv
Kyiv family rout
Kamianets-Podilskyi
Only in the city on stone
Ternopil
The Werewolves of Ternopil
Chernihiv
Ancient Rus Quest
Dnipro
Mysteries of the Soborna Mountain
Kyiv
Architect Horodetsky Mysteries
Ternopil
Love at second sight
Dnipro
Walk along the promenade